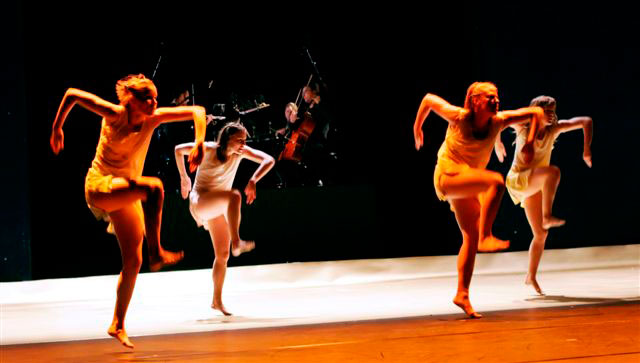 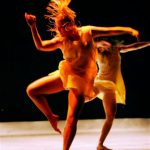 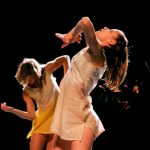 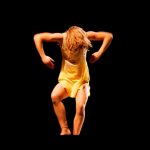 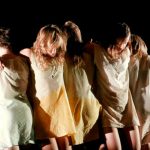 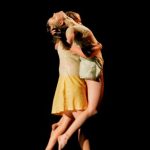 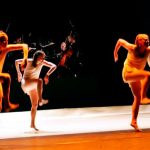 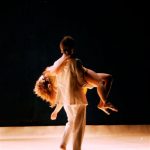 Through a collaboration between Petri Kekoni and Jovanka Trbojevićin (1963-2017) three successful works were completed: Glow of dimness (2005), Variations of foreign origin (2009) and The Stop – dark matter of art (2016).

The situation in the world is alarming in many ways and climate change is modern reality. In 2005 we asked the islandic poet Sjón to write a text for this piece. He decided to write a poem about melting glaciers and a volcanic eruption in Iceland. This clear prophecy is one the reasons to bring up this work at this time we are living. Glow of dimness has a gloomy apocalyptic mood. In this piece we are on the edge of the end of times, but through music and movement transparency and hope has been added.

Digging up forgotten pearls every now and then, belongs to the activity of Petri Kekoni Company. In the themes of each piece in question there´s something that´s asking to be presented – at times there comes a clear sensation, that the time we are living meets a certain piece better than when it was originally born.

A WORD FROM THE CREATORS

“It all started with the idea of stone and its shining, a vision of movement in the semi-darkness: Statuesque figures and propulsive movement. Piercings. Eruptions. The mass of movement halting into lonely moments. I am infinitely fascinated by the dialogue between massive, primitive collisions and clear-cut, aesthesized arcs of movement. The work brings to the forefront the value of movement composition, and for me it was a return to the craftsmanship of choreography. In Glow of Dimness, a primitive spirit mixes with the architectural forms of movement and space.”
– Petri Kekoni

“The music of the piece is based on my work Oro (1994). Oro was inspired by the folk dances of the Balkans, which were given a contemporary form in the composition. I had the idea of combining the different elements of Oro as if in a puzzle. The elements (the six circles) seek their place in time and space, until they finally meet. At the end, the original Oro is heard in full, completing the picture. An additional dimension to the music is provided by Sjón’s text, which was written specifically for the piece. Sjón’s voice was recorded according to my instructions, with the alternating tempos and emotions rendering the text into an organic space for the music.”
– Jovanka Trbojević

ENSEMBLE OF THE WORK

”A stunningly beautiful experience… The dance moves at the crossing of raw primitivity and intellectuality… Petri Kekoni is one of our most original choreographers, and he has managed to refine his movement into something unique.”

”Petri Kekoni has proven himself as a major name in Finnish contemporary dance.”
– Tove Djupsjöbacka, Hufvudstadsbladet

”Nature has shown both its force and its beauty through this performance, and there is nothing that one can add.”
– Annikki Alku, Demari 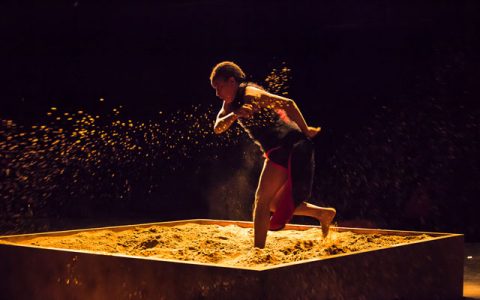